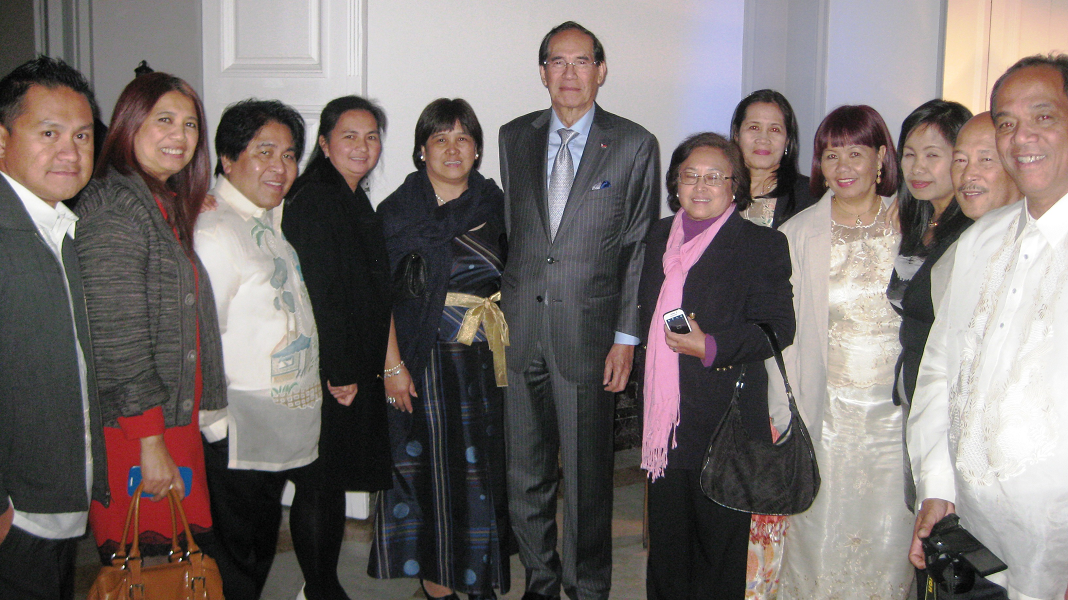 12 December 2014. Ambassador Carlos C. Salinas graced the formal inauguration of the Philippine Honorary Consulate in Malaga (PHC Malaga) held at the Palacio San Jose on Dec. 10. More than 150 guests attended the inaugural including Mayor Francisco de la Torre Prados of the Ayuntamiento de Malaga, officials from the Junta de Andalucia and the Gobierno de España in Malaga, the Malaga Consular Corps and Filipino community leaders in the southern Andalucian region.

In her welcome remarks, Honorary Consul Rosa Agüera thanked the Philippine Government for giving her the mandate in looking after the welfare of Filipinos in southern Andalucia, as she cited Malaga as the third most important community for Filipinos in Spain, after Madrid and Barcelona. She also vowed to tirelessly work in promoting the Philippines as an investment and tourist destination given its wealth of natural and human resources.

For his part, Ambassador Salinas shared his confidence in the ability of Honorary Consul Agüera to perform the duties and functions of her office. He said that despite the vulnerability of the Philippines to natural calamities, Filipinos continue to be resilient as evident in positive economic growth posted for the past years, which is anchored on the good governance thrust of the Aquino Administration.

Prior to the inauguration, Ambassador Salinas met with Filipino community leaders and outlined the various services that are offered by PHC Malaga. He also urged the leaders to promote the overseas absentee voting registration to Filipinos in the region while citing the importance of the right to suffrage in the development of Philippine democracy. 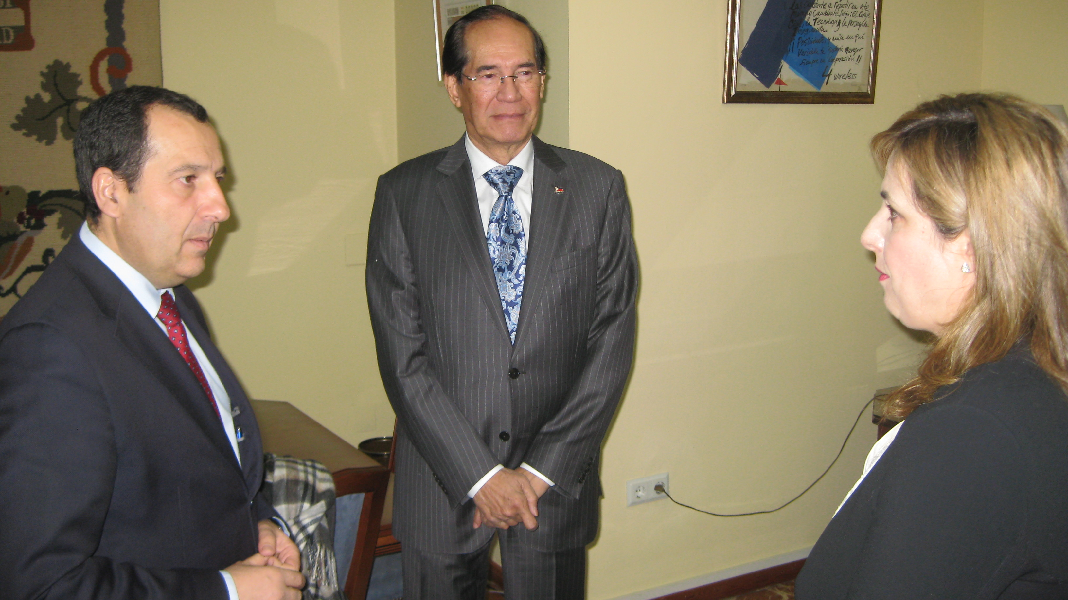 The following day, Ambassador Salinas, Consul Gerardo Abiog and Honorary Consul Agüera called on Director General Jose Luis Romero Silva of Diario Sur, one of the leading newspapers in the Costa del Sol area, to discuss developments in the Philippines and initiatives of the Philippine Embassy in enhancing bilateral relations with Spain.

They then met with Jose Luis Ruiz Espejo, Delegado del Gobierno of the Junta de Andalucia, who was briefed on the priorities of PHC Malaga in promoting education and the Philippine language to second generation Filipinos in Spain

Ambassador Salinas later paid a courtesy call on Jorge Hernandez Mollar, Subdelegado del Gobierno de España in Malaga, and engaged in a dynamic exchange on the cultural ties between the Philippines and Spain and how each country can be a window in the European Union and in ASEAN, respectively. 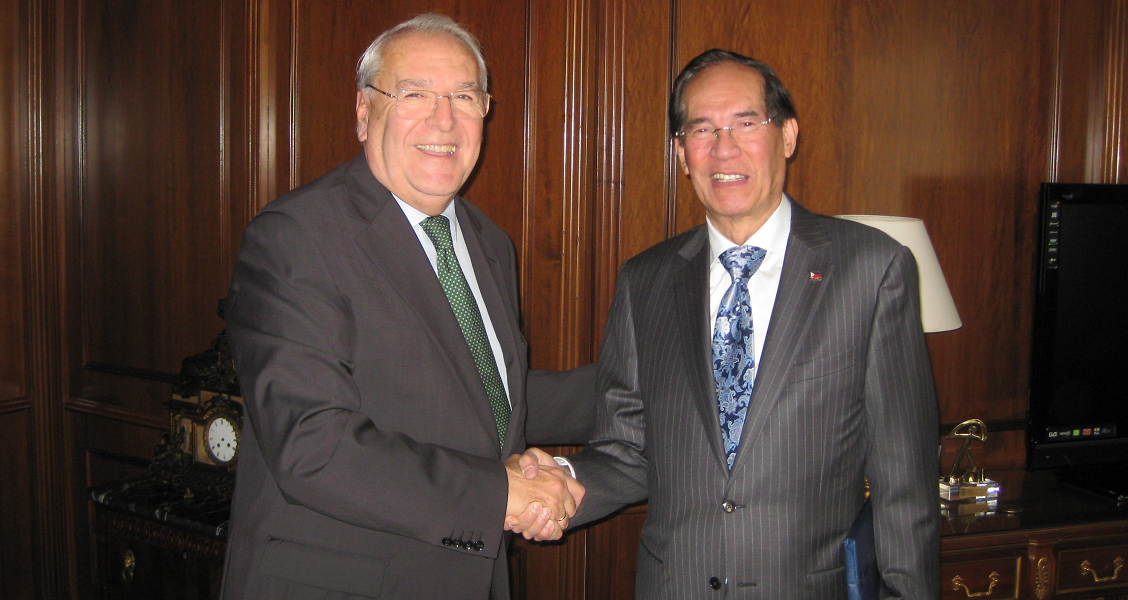 Ambassador Salinas, Consul Abiog and Honorary Consul Agüera then proceeded to Marbella to meet with Count Rudolf Graf von Schönburg and his wife, Princess Marie Louise of Prussia, at the world famous Marbella Club Hotel. The Count, known in Marbella simply as “Count Rudi,” has been one of the driving forces in the development of Marbella and Costa del Sol as an international tourist destination. 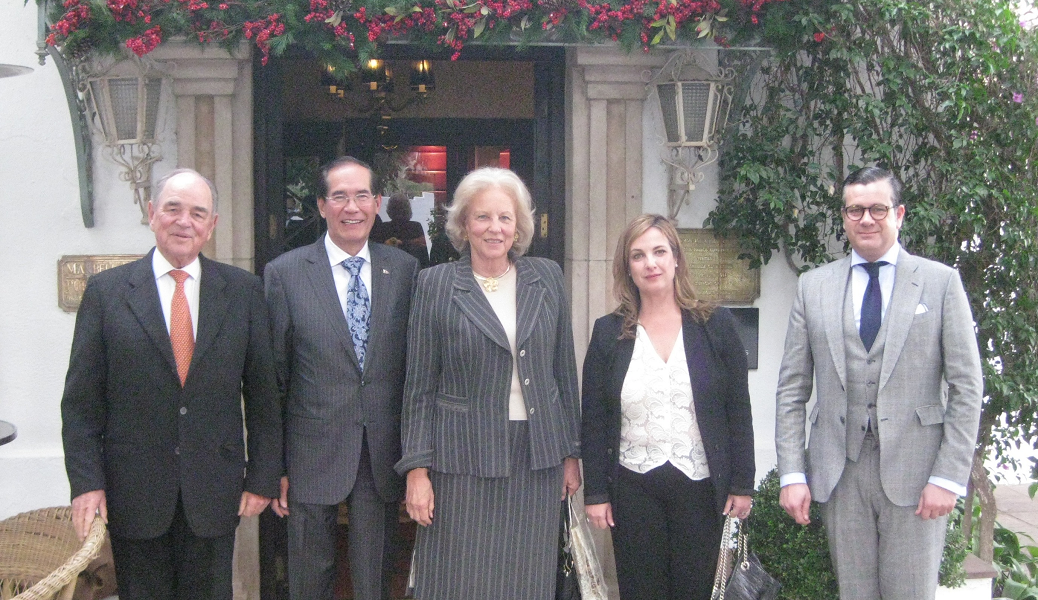 Finally, the Embassy officials called on Mayor Angeles Muñoz Uriol at the Ayuntamiento de Marbella to discuss possible areas of cooperation to benefit Filipinos working and residing in her jurisdiction. Mayor Muñoz requested the collaboration of the Philippine Embassy in the Ayuntamiento´s registration program where Spanish citizens and foreign residents alike could avail of fiscal, health, education and other social services. 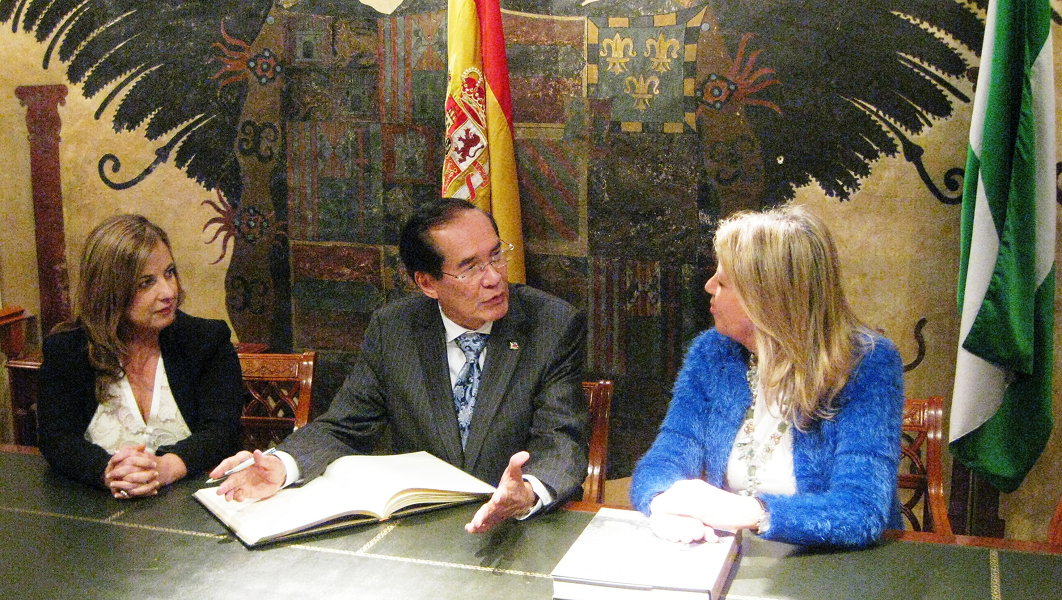