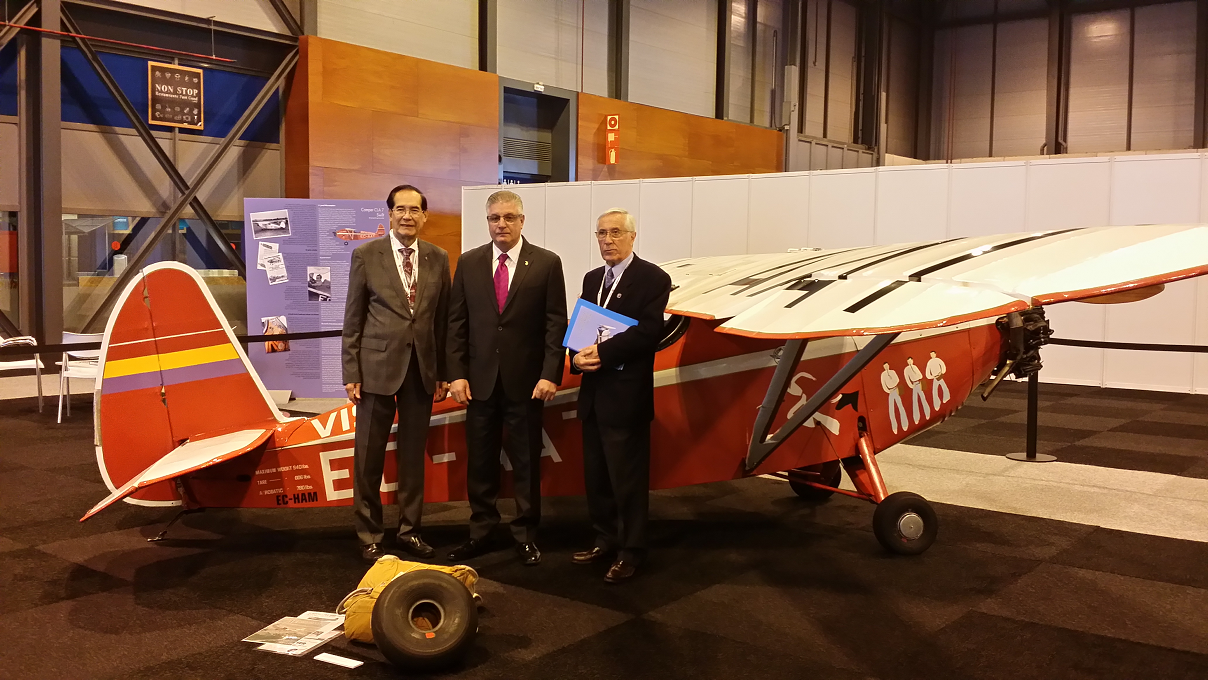 Ambassador Carlos C. Salinas attended the inauguration ceremony of the 3rd edition of the World Air Traffic Management (ATM) Congress held at IFEMA on 10 March 2015.  The World ATM Congress aims to impart the latest trends and developments in the ATM industry as well as provide networking opportunities to ATM professionals from around the world. The Congress is organized by the Air Traffic Control Association (ATCA) and the Civil Air navigation Services Organization (CANSO).

About 164 companies from the aeronautical sector and a high representation of air navigation providers participated in the congress. 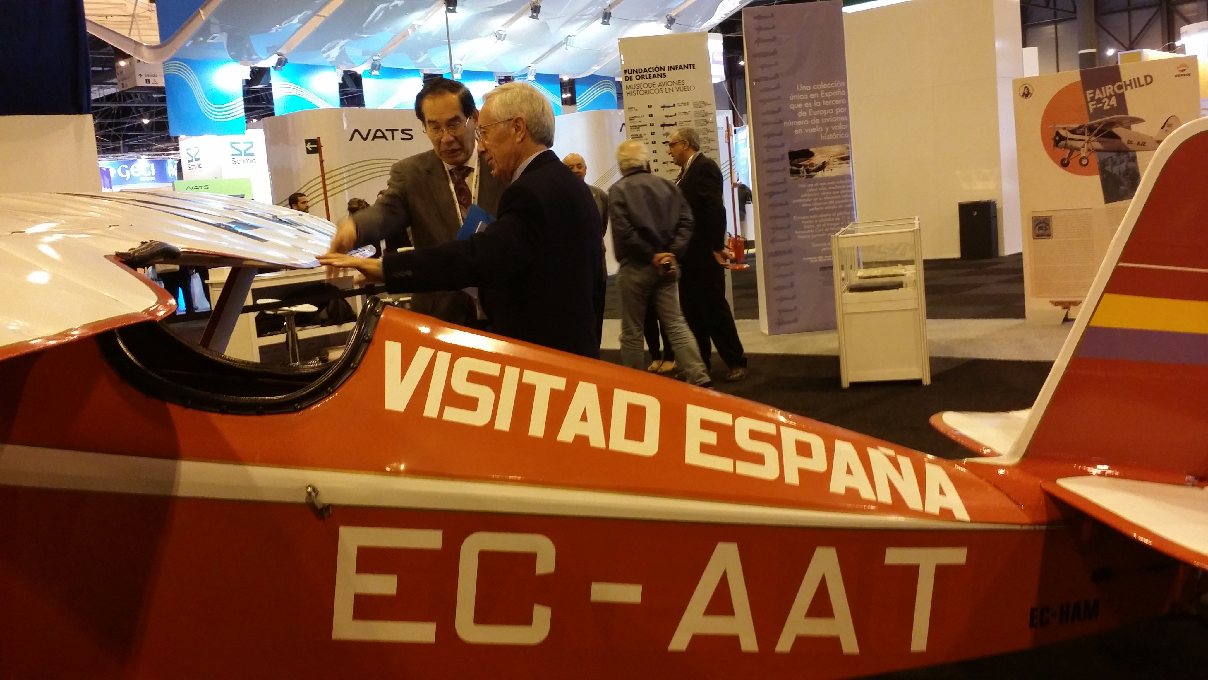 One of the exhibitors in the World ATM is the Infante de Orleans Foundation (FIO), a non-profit organization based in Madrid and is composed of aviation enthusiasts and pilots whose objective is to retrieve, restore and preserve in flying condition around 42 historic aircrafts. One of the aircrafts in their collection is the Comper Swift that was flown twice from Madrid to Manila in 1932 and 1933 by a Spanish aviator Fernando Rein Loring.  The Comper Swift joins the monthly air display exhibition of the foundation from the Cuatro Vientos Airport, the home base of their aircraft collections.

The FIO is also currently restoring a Fairchild 24 aircraft, the model which Filipino pilots Juan Calvo and Antonio Arnaiz flew from Manila to Madrid on 11 July 1936