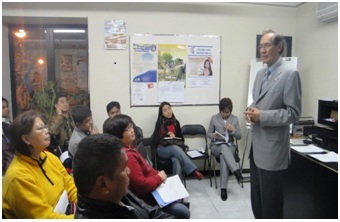 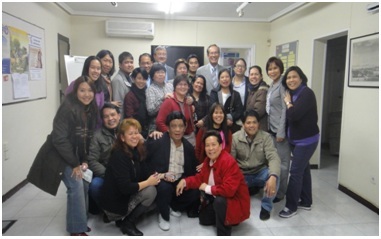 As one of his first activities upon assuming his Post as Philippine Ambassador to Spain, Ambassador Salinas met with the various leaders of the Filipino Community in Madrid.  Ambassador Salinas thanked the community for their continued support of the Philippine Embassy and for the warm welcome extended to him upon his arrival.  He assured the community that the Embassy would continue to support and promote the welfare of Filipinos in Madrid, and work to enhance trade and tourism ties with Spain.

The meeting was held to begin preparations for the 2011 Independence Day and 150th Rizal Anniversary celebrations.