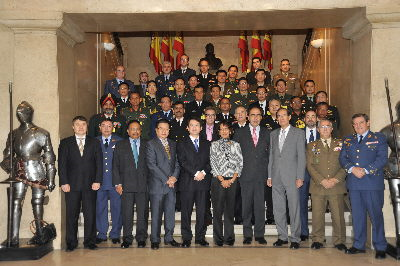 The course was designed to provide its participants fundamental knowledge on military diplomacy, industry and planning which have acquired great importance in the economic and strategic fields of international relations.