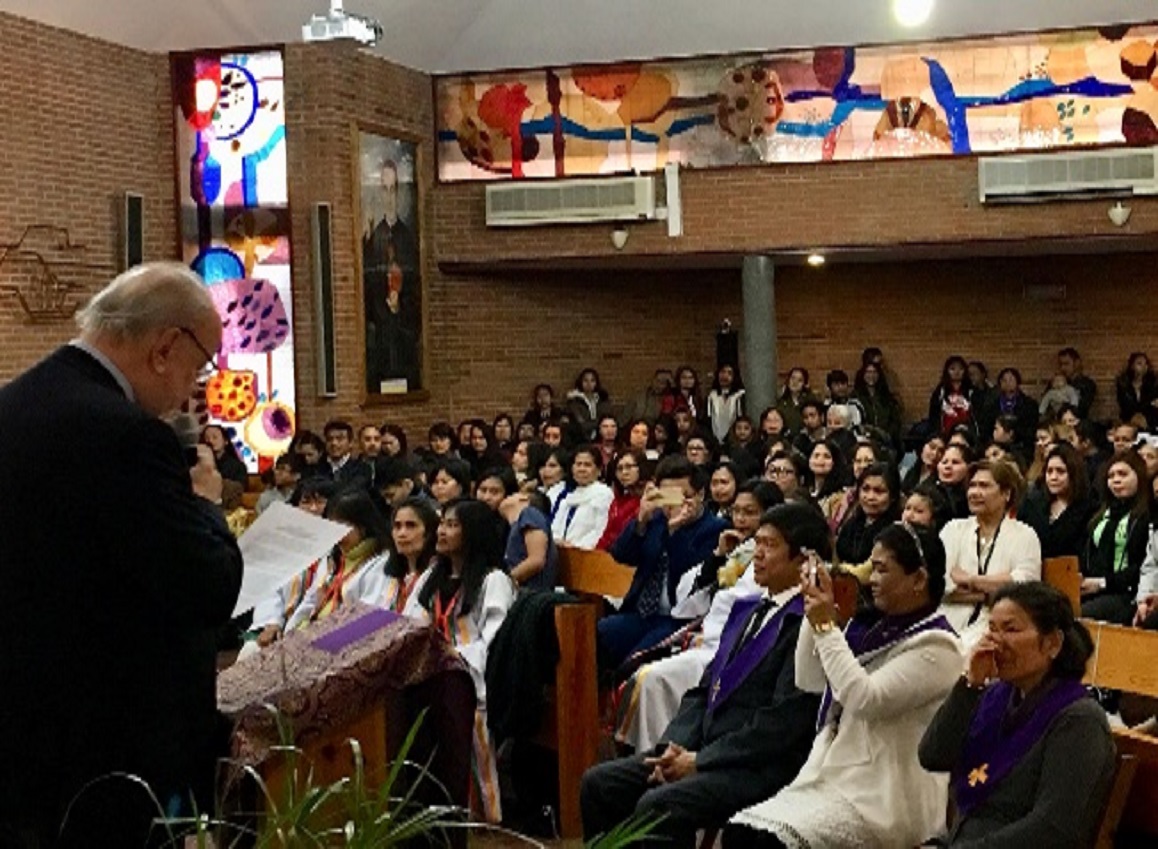 In his message to the Filipino community gathered for the occasion, the Ambassador highlighted the bravery and unity that Filipinos manifested during the EDSA People Power Revolution which, he said, should continue to be an inspiration, particularly for overseas Filipinos who bravely embrace their separation from their families in the Philippines for the sake of giving them a brighter future. 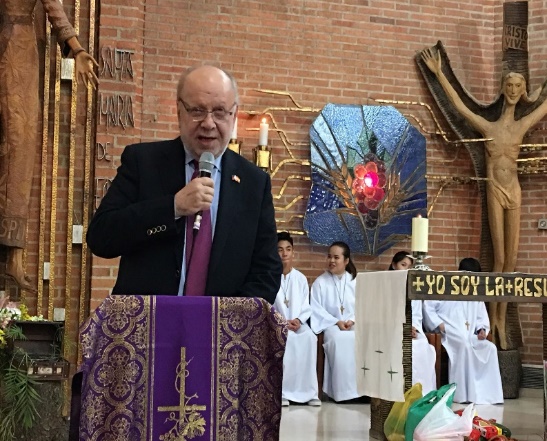 Speaking in front of three hundred Filipinos during a mass celebrated for the occasion, which also coincided with the 20th  anniversary of the Tahanan Filipino Chaplaincy´s stay at the Parroquia de Santa Maria del Espino,  the Ambassador lauded the continued faith of Filipinos that unites them even overseas.

Ambassador Lhuillier encouraged our kababayans to continue the ideals of EDSA and promote unity among Filipinos.  He added that the Filipino community is our best and most effective weapon in promoting the Philippines in Spain. 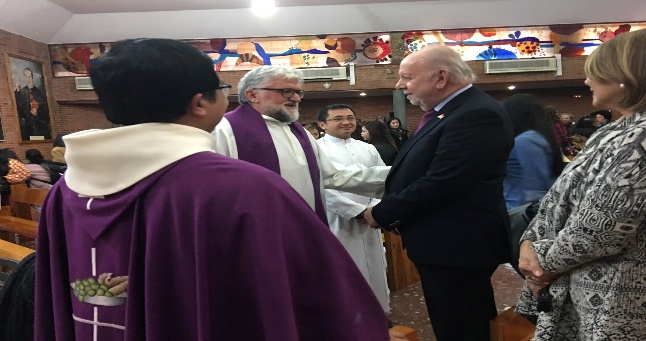 The Ambassador reiterated his commitment to further improve the profile of the Filipino community in Spain and to allow Filipinos in Spain access to the different services and programs of the government.    He discussed the programs of the Embassy, among which is his plan to build a Filipino Center or Casa Filipina, the forging of an Air Transport Agreement with Spain which will eventually provide direct flights to the Philippines, and other projects in cooperation with Spanish authorities.

The Tahanan Filipino Chaplaincy was created in 1986 under the aegis of the Archdiocese of Madrid and entrusted to the Congregation of the Divine Word to provide the Filipino Community in Madrid, especially the migrant community, with spiritual guidance and formation to facilitate their entry into Spain without losing touch with their roots.