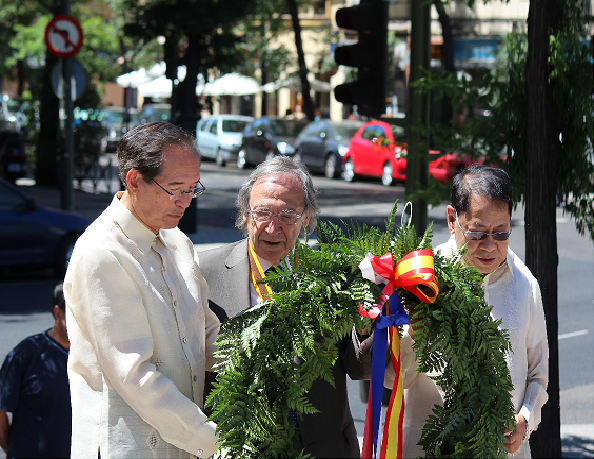 19 June 2012 – The Philippine Embassy in Madrid reported that it attended the annual wreath-laying ceremony on 17 June 2012 at the Rizal Monument located in Avenida Islas Filipinas in Madrid in observance of the 151st Anniversary of the birth of Dr. Jose Rizal.  The ceremony was organized by the Knights of Rizal Madrid Chapter (KRMC). 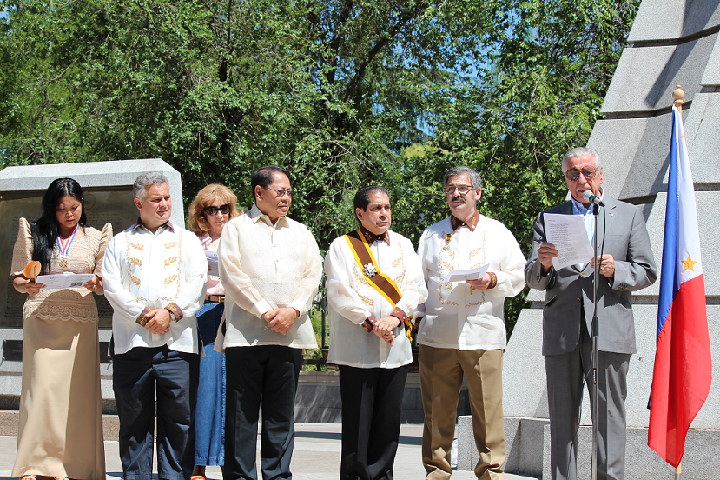 In his first speech as KRMC Commander, Mr. Sanchez highlighted the key events in the life of Rizal and noted that even so many years after his death Rizal remains a key figure in Philippines-Spain relations.  He expressed hope that his tenure as KRMC Commander will bring about strengthened relations between the Philippines and Spain.

Senator Angara mentioned how the Propaganda Movement began with some of the reforms instituted because of the Cadiz Constitution of 1812.  Said Constitution planted the ideas of equality, freedom, and self-governance among the men of that generation including Rizal and his Ilustrado contemporaries.  He stressed the role of the youth in nation-building and how they should all strive to be exemplary like Rizal. 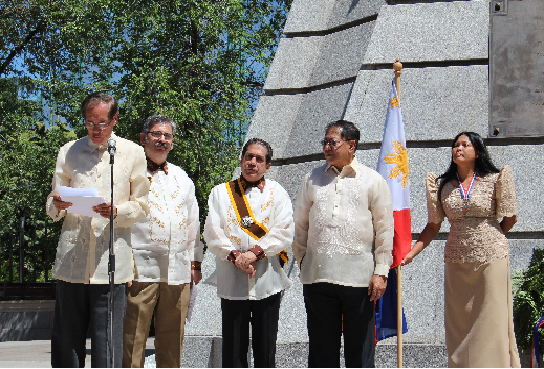 Ambassador Carlos C. Salinas closed the ceremony with a short message outlining the Rizal-related activities of the Embassy for the past year, including an exhibit on the life of Jose Rizal at the Metro Islas Filipinas, film showings, symposia, etc..  He mentioned that “…the Rizal monument and the Islas Filipinas Metro Stations are located on Avenida de Filipinas indeed a reflection of the high regard with which Spanish citizens hold their Filipinos brothers…I would like to think of it as a firm handshake and warm embrace but only more concrete, more tangible and certainly more lasting.

The wreath-laying ceremony is one of two events organized by the KRMC for this year’s celebrations to commemorate Rizal’s birth.  The KRMC will have an induction of 12 new Knights of Rizal members on 27 June 2012 at the historic Casino de Madrid.