Ambassador Carlos C. Salinas Promotes Philippine Trade and Investment to the Chamber of Commerce of Seville 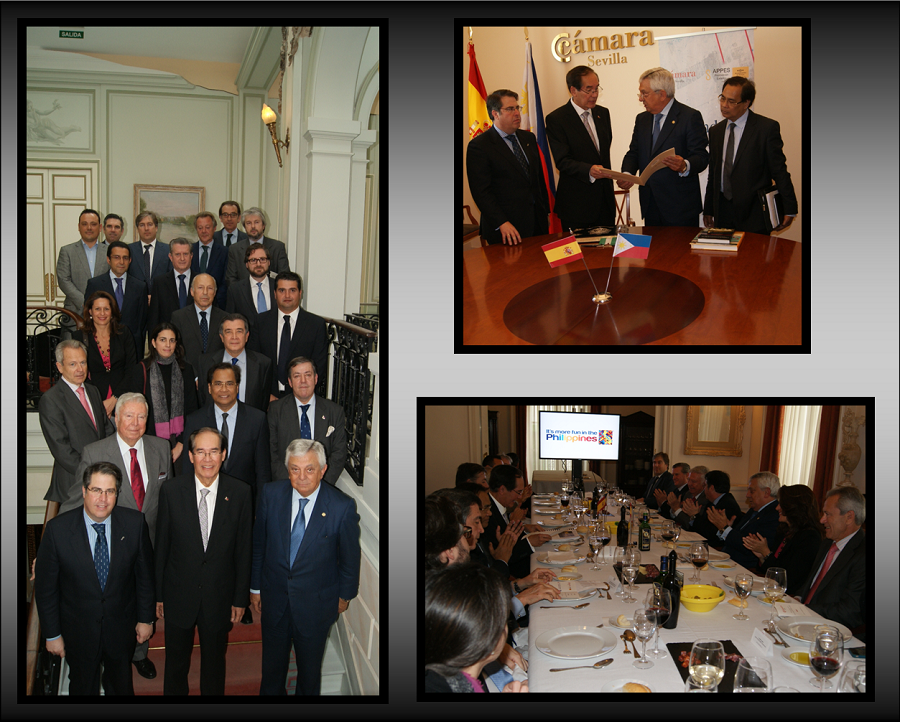 14 February 2013, Seville – Ambassador Carlos C. Salinas, during his official visit to Seville, gave a powerpoint presentation about the Philippines entitled: “Philippines today: an emerging engine of growth” before the officials of the Chamber of Commerce of Andalucía and representatives from 13 Spanish companies and 2 officials from the Government of Andalucía. Deputy of Chief of Mission Catalino R. Dilem, Jr, and Philippine Honorary Consul General to Seville José Ignacio Bidon accompanied the Ambassador in the meeting.

The presentation gave insights on the latest economic developments in the Philippines as a result of the strong leadership of President Benigno S. Aquino III based on the philosophy “Daang Matuwid”.

Majority of the companies represented in the meeting are already doing business in the Philippines. The group manifested a strong trust in the current economic development in the Philippines making the country a priority option for business for Spanish companies.

Each representative of the companies made a brief remarks of his company.