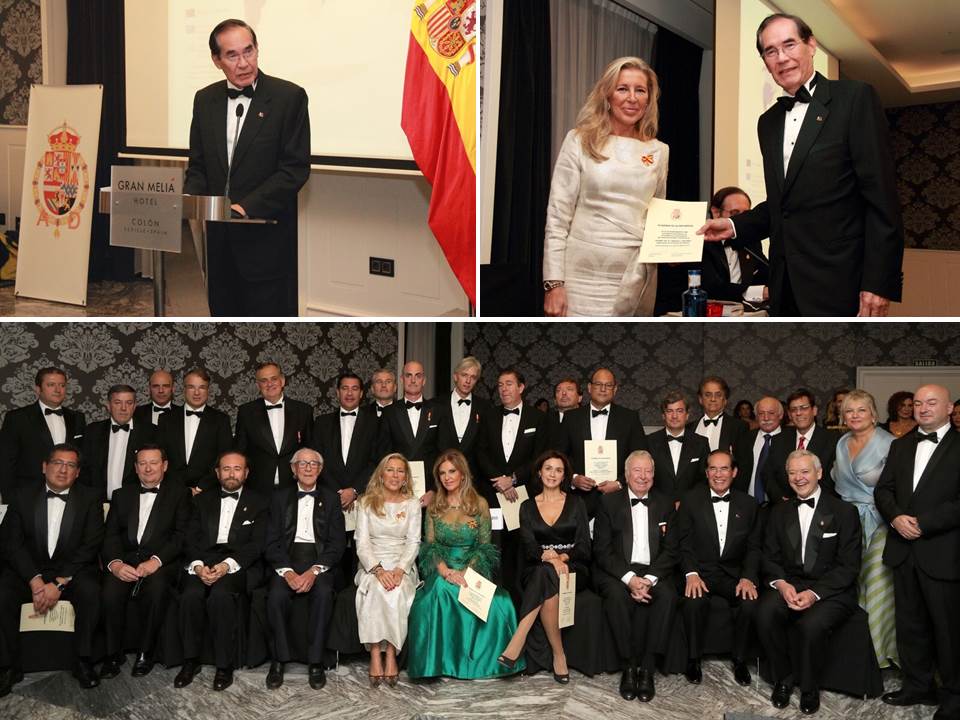 Photos courtesy of the Academia from L-R and bottom: Ambassador Carlos C. Salinas delivering his acceptance speech. Ambassador Salinas receiving the certificate from Ms. Sofía de Borbón, President of the Academia, and a group photo of all the awardees together with the officers of the Academia

Ambassador Carlos C. Salinas was named an “Honorary Fellow” by the Academia Diplomacia de España for his contributions in the development and promotion of relations between the Philippines and Spain, in his capacity as Ambassador. The awarding ceremony took place on 31 October 2015 in Seville with the presence of Ms. Sofía de Borbón, President of the Academia.

The Academia de la Diplomacia was founded in Spain by a group of Spanish Ambassadors. It conducts a study and analysis of international issues and organizes conferences, courses and seminars on international subjects. The Academia publishes a magazine entitled “Diplomacia del Siglo XXI”.