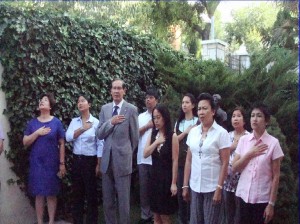 This event marked the first time that the ASEAN flag is raised alongside the Philippine flag as part of the country´s initiatives to further strengthen and promote its ASEAN ties.