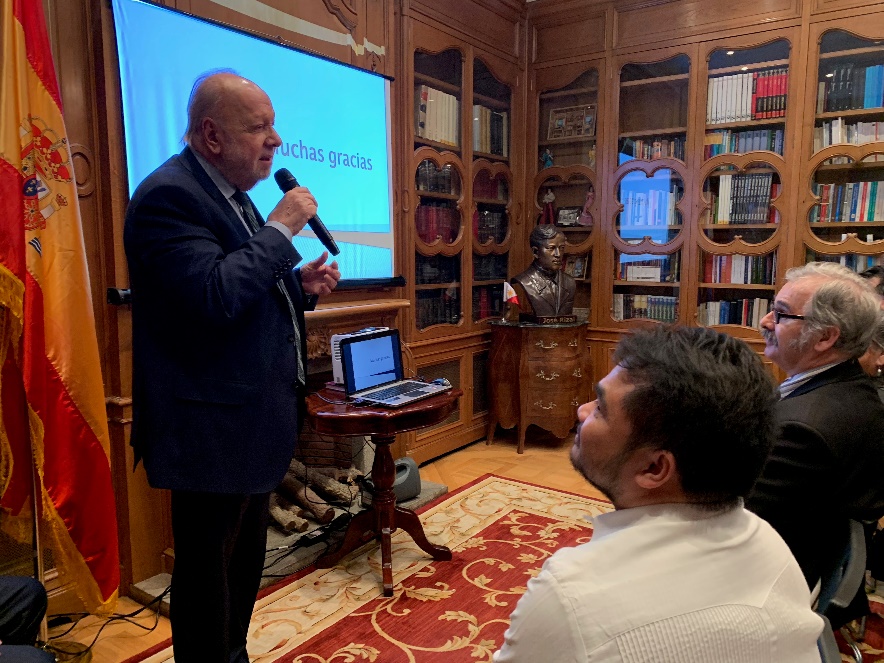 The Philippine Embassy in Madrid organized a presentation, entitled “Reflections of Philippine-Spanish Relations in the Context of the Galleon Trade,” to commemorate the 2018 Día del Galeon (Galleon Day) on 18 October 2019 at the Philippine Embassy receiving room. Among the guests were Mr. Ricardo Losa, Subdirector for the Asia Pacific and North America Division, and Mr. Patrick Sandoval, PH Desk Officer from the Ministry of Foreign Affairs, and Mr. Jose Antonio Mendoza, First Secretary from the Mexican Embassy in Madrid.

The event’s main speakers were Mr. Javier Ruescas, President of the Asociacion Cultural Galeon de Manila, and Mr. Mikhal de Dios, Political and Economic Officer of the Embassy. Mr. Ruescas gave an overview of the impact of the galleon trade on Spain and PH, while Mr. De Dios discussed the traces of the galleon trade on the current PH economy and society. A lively open forum took place after the presentations, which touched on developments in PH, Mexican, and Spanish society and culture as a result of the galleon trade. 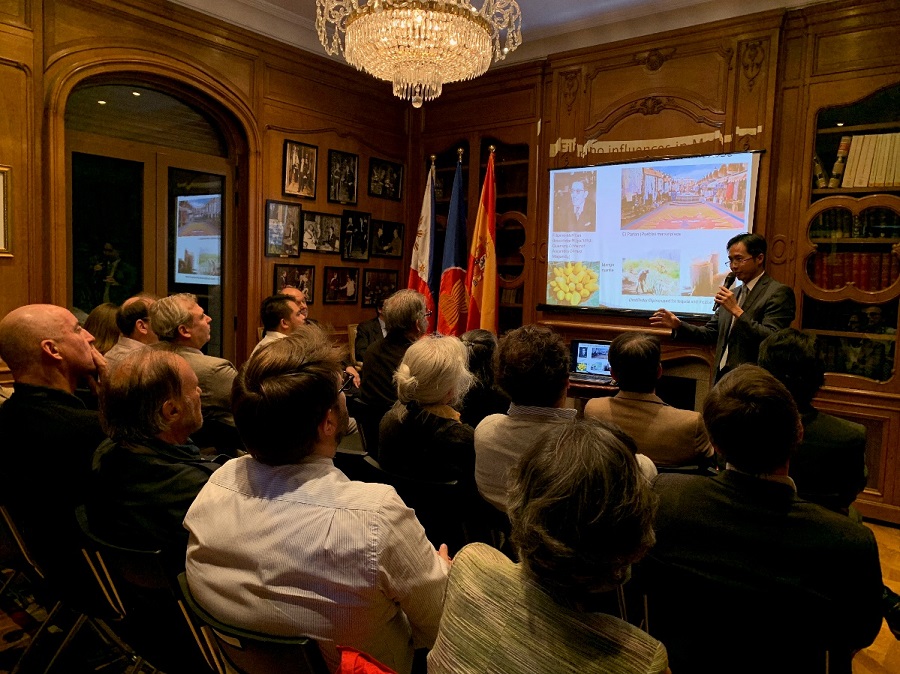 In his welcome address, Ambassador Philippe Lhuillier recalled the Philippines’ role in filing for the resolution in 2009 that led to the UNESCO declaration of the 8th of October of every year as Día del Galleon. He underscored the importance of commemorating the route that brought countries together through trade and exchange of goods, which consequently resulted in further awareness and exchange of cultures.

Ambassador Lhuillier also remarked on the need for both countries to come up with meaningful ways to commemorate the forthcoming 120th Anniversary of the Siege of Baler in 2019, and the Quincentenary of Ferdinand Magellan’s Arrival in the Philippines starting in 2019. He expressed hope that the forum could contribute towards broadening the discussion on Philippine-Spanish relations, and come up with new ideas and fresh perspectives on Philippine-Spanish culture, society, and identity.

Scenes from the open forum after the presentations