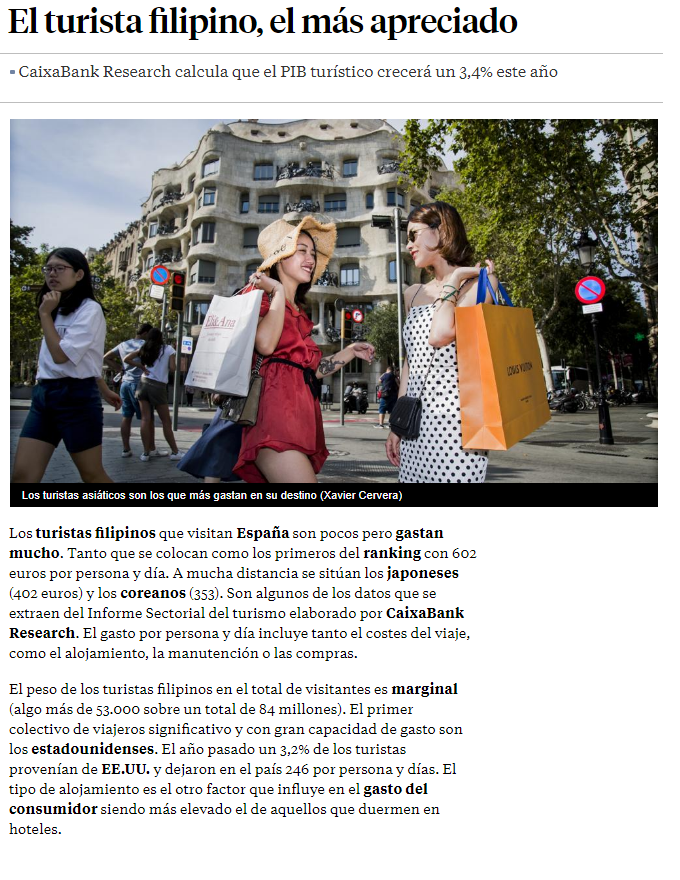 Spanish news agency La Vanguardia was one of several that published the research findings by CaixaBank.

A study by Spanish banking institution CaixaBank revealed that Filipino tourists were the highest-spending tourists in Spain in 2017, spending a daily average of 602 euros. In terms of daily spending, visitors from Japan (402 euros) and South Korea (353 euros) ranked second and third on the list, respectively.

While Filipino tourists to Spain spend significantly more than their counterparts, they do not constitute a large segment of the total number of tourists to Spain, with 53,649 Filipino visitors in 2017 (roughly 0.2 percent of the country’s total foreign entrants).