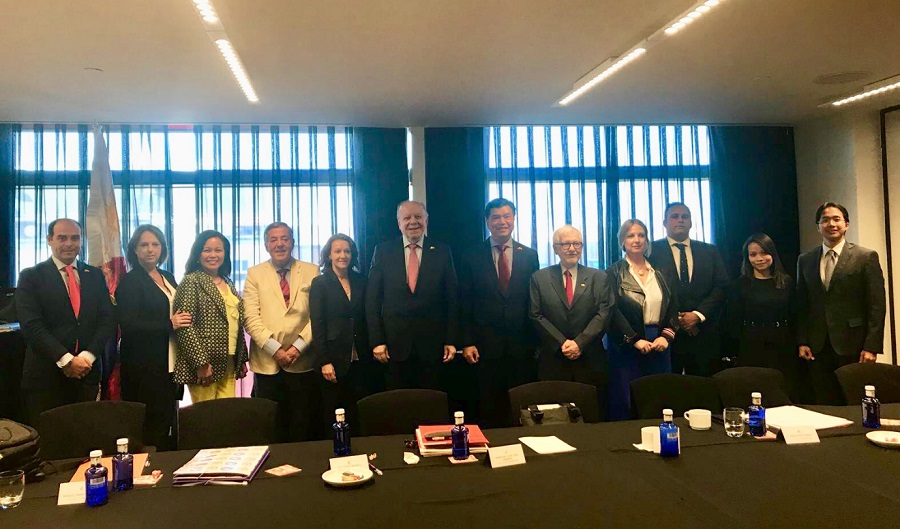 Speaking before the ten Honorary Consular Officers who were appointed from different parts of Spain and Andorra to represent the Philippines in their respective jurisdictions, Ambassador Philippe J. Lhuillier challenged them to come up with innovative, new and fresh ideas to further improve trade, cultural and political cooperation between the Philippines and Spain during the annual meeting and consultations with the honorary officers on 13 June 2018 in Madrid.

The Ambassador impressed upon the consular officers the importance of working together towards the same path to achieve the desired goal.  He said that he is determined to elevate the status of the Filipinos in Spain and Andorra and advance exchanges between the two countries.

“Let us give the Philippines and the Filipinos something worth remembering; something we can leave behind and be proud of —- a legacy.  This is the only way that we will be able to say that we have served the country and its people” the Ambassador said.

During the whole-day meeting, Embassy officials briefed the consular officers, provided updates and discussed strategies, plans and programs.  Consultations on various issues and brainstorming for the 2019 work plan were also done.

The consular officers also presented their specific work plans for 2019 to align their programs with the Embassy´s goals.   They also provided feedback on various concerns for the Embassy´s attention.