Figure 1. Mr. Javier Ruescas (L) of the Knights of Rizal and Consul General Emmanuel R. Fernandez of the Philippine Embassy (R) lead the wreath-laying at the Jose Rizal Monument in Madrid. 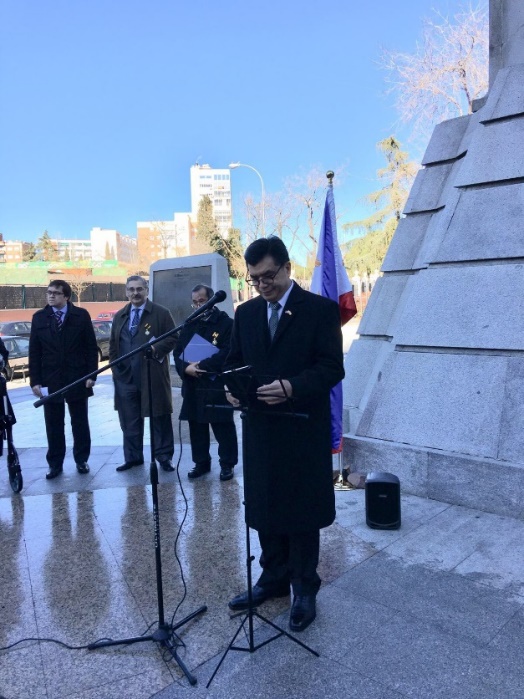 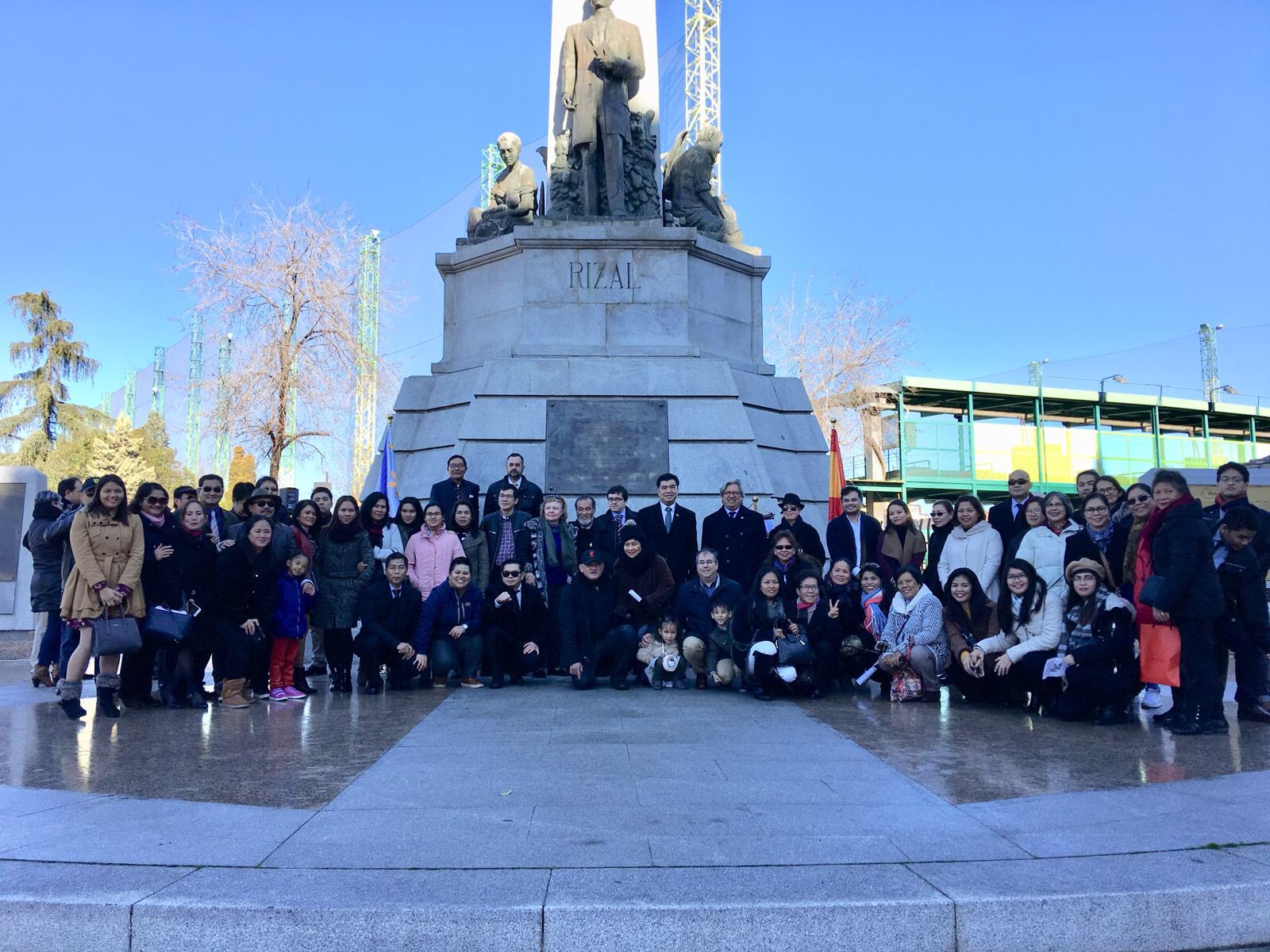 Figure 3. Philippine Embassy personnel, Knights of Rizal, and members of the Filipino Community in Madrid pose for a photo.

In his remarks, the Embassy’s Consul General Emmanuel R. Fernandez highlighted the distinction between heroism and martyrdom, both of which were epitomized by Dr. Jose Rizal.  He explained that heroism and martyrdom are two different concepts:  martyrdom is dying for someone or something (such as one´s country); heroism, on the other hand, is doing something “extraordinary” for someone or something, without necessarily giving up one´s life for it.  Hence, a martyr is always a hero to the persons or the causes he dies for.  But a hero does not always have to be a martyr.  All it takes for one to be a hero is the willingness to undertake “extraordinary” things for one’s country.  Consul General Fernandez then challenged those present to be “heroes” in their own humble ways by doing something “extraordinary” (i.e., something they do not ordinarily do) for their country.

Since 1996, the Rizal Monument in Madrid has served as one of the highlights for Filipino tourists visiting the city. A walking tour may be accessed at the Embassy website at: www.philembassymadrid.com/rizals-madrid.

Recently, Jose Rizal’s name was included in the list of notable Spanish and foreign historical figures and events that will replace street names in Madrid that commemorate the Spanish Civil War and the Franco regime. Calle de el Algabeño in Hortaleza, Madrid, was identified as the street to be renamed “Calle Jose Rizal”.  The street will then become the newest addition to the main sites/stopovers of the Embassy’s Rizal Walking Tour.