The Philippine Embassy in Madrid reported that the UP Madrigal Singers held a successful concert in Madrid on 19 October 2010.

Composed of 23 talented singers, the group was widely-applauded by the members of the audience composed of members of the Diplomatic Corps, the Filipino community, and the Spanish friends of the Embassy.

Their repertoire included songs in Spanish, French, English and popular Original Pilipino Music (OPM) which were warmly received by the audience.

The concert was organized by the Philippine Embassy in cooperation with the Philippine Overseas Labor Office (POLO) and Overseas Workers Welfare Administration (OWWA) in Madrid and the ANFE San Martin. 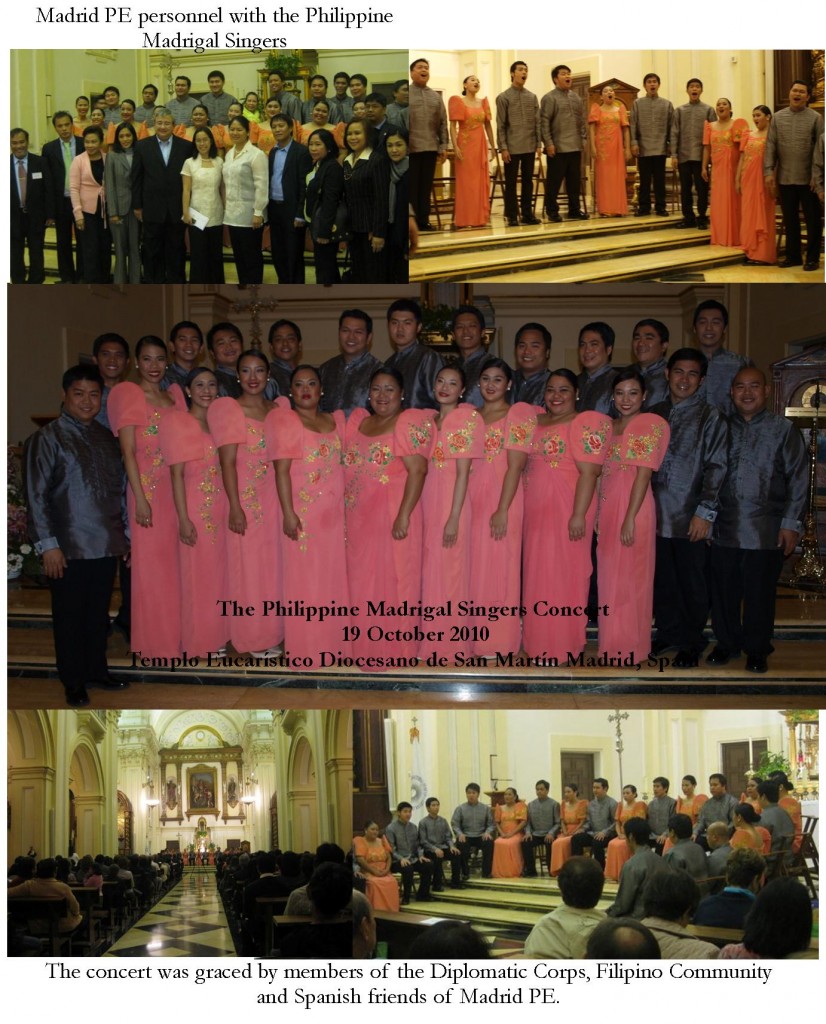