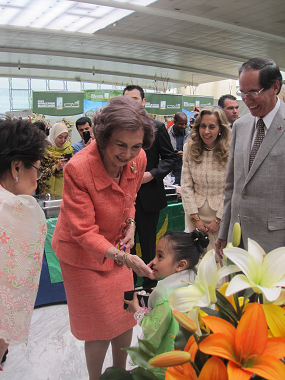 26 April 2014 – The Philippine Embassy in Madrid reported to the Department that it participated in the Bazar Diplomático de Beneficencia Gran Kermés 2014 on 26 April 2014 at the Palacio Municipal de Congresos in Madrid.

Kermés is a one-day bazaar organized by the Association of International Diplomats in Spain (AIDE), a non-profit organization composed of spouses of diplomats who are currently accredited to Spain. Its honorary patron is Her Majesty, Queen Sofia of Spain.

The event provides participating Embassies with an opportunity to showcase their respective countries´ typical items such as accessories, food, clothes and a cultural presentation. 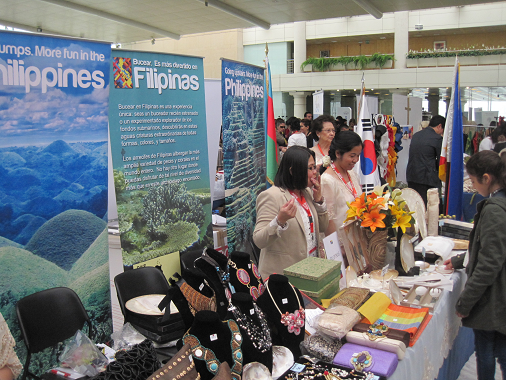 The Embassy´s participation in the Kermés was led by Mrs. Isabelita T. Salinas, wife of Ambassador Carlos C. Salinas.  The Philippine Embassy sold Filipiniana items made from mother of pearl, capiz, abaca, silk cocoon, piña, etc..  Philippine food items such as dried mangoes and Tanduay Rhum were among the most popular items sold at the Philippine booth. 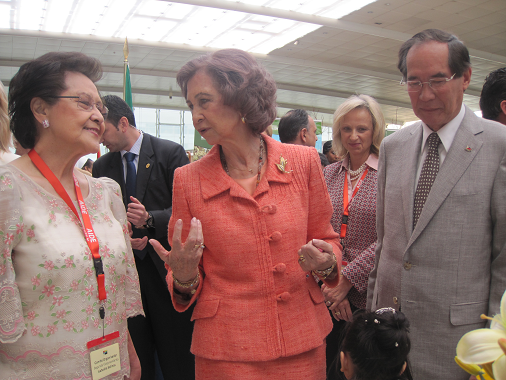 The event was graced personally by the honorary patron, Her Majesty, Queen Sofia of Spain.   The Philippine booth was visited by the queen and had the opportunity to admire the display of Philippine products.

All the proceeds of the Kermes are donated to the Queen Sofia Foundation and other Spanish charities that deal with women and children in need.