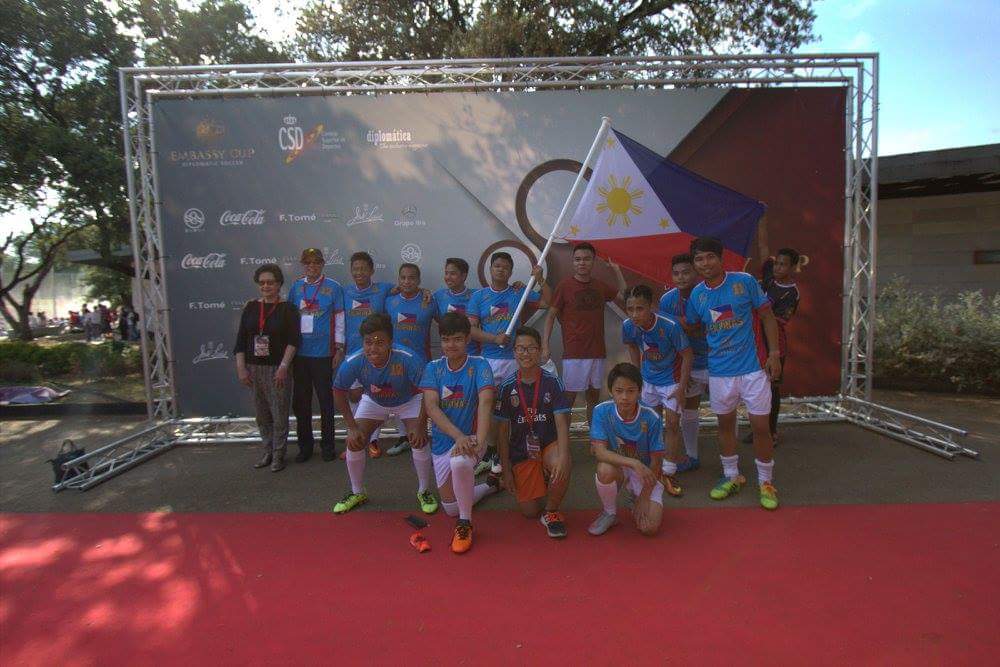 Amb. Carlos C. Salinas and Mrs. Isabelita T. Salinas with the members of the Philippine Team.

The Philippines was represented in the first-ever Embassy Cup Diplomatic Soccer held from 04 to 05 June 2016 at the SOXNA Soccer Center in Algete, Madrid.

The Philippines belonged to Group E, where it played against El Salvador and Turkey.  On its first game, the Philippines lost against Turkey with a score of 0-1. 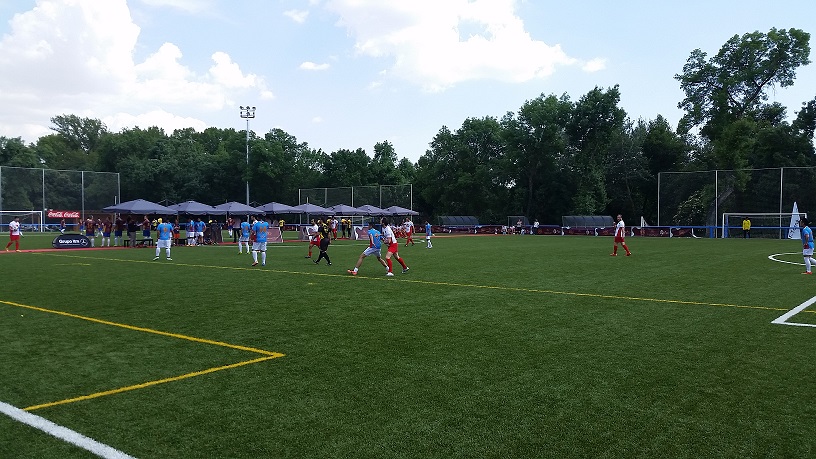 However, the Philippines won against El Salvador with a score of 1-0 through a goal made by Paul Arnel Bautista.  In the group standing, El Salvador entered the quarter finals based on its subsequent victory against Turkey.

In the special game against Georgia, which belonged to Group F, the Philippines won with a score of 5-2.  Goals were made by Frank Allen Aquino Gandel (2), Jeff Toquero Gabuat (1), and Jan Paulo Rapisura (2). 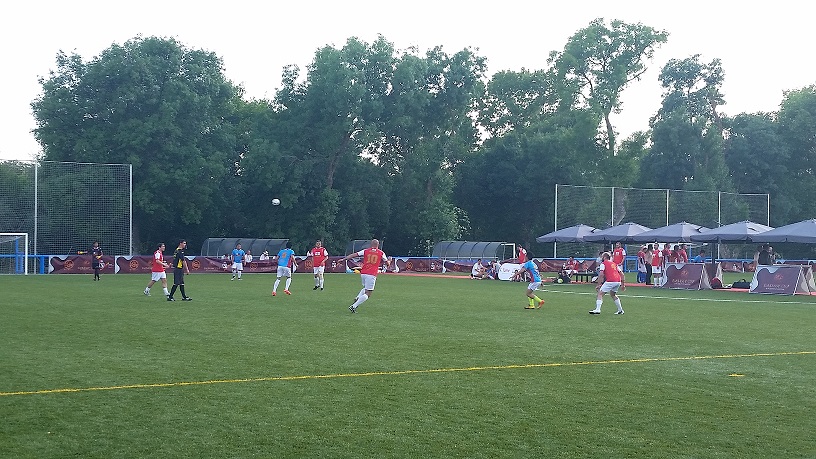 The Philippine Team demonstrated great team work and sportsmanship during the event.  One of the outstanding players of the Team was its goalkeeper, John Marc Lopez, who showed exceptional agility, strength, and great potential in football.

The Embassy Cup is a football tournament organized by SOXNA Soccer Center, in cooperation with Consejo Superior de Deportes (Spanish National Sports Council), and Grupo Itra, with the aim of fostering stronger relations among embassies through sports, and creating an avenue for nationals of various countries to interact in an activity of common interest.   A total of 22 countries participated in the said games.