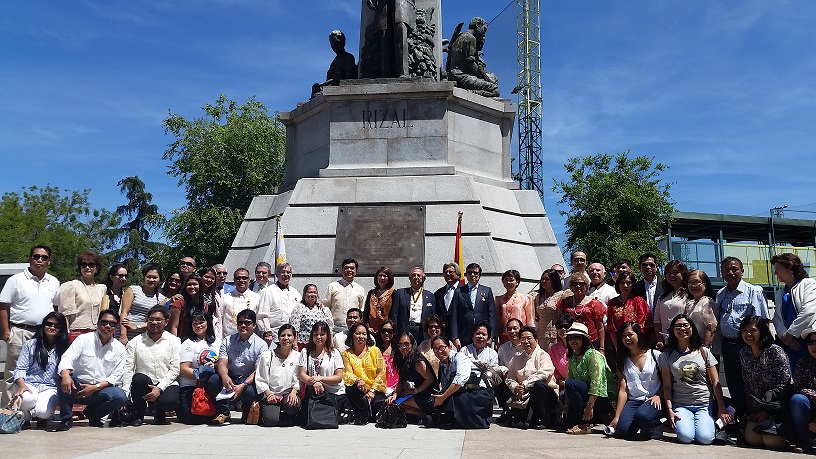 Group photo: Philippine Embassy in Madrid Officers and Staff; members of the Order of Knights of Rizal; and the Filipino community.

The Philippine Embassy in Madrid led the commemoration of the 155th Birth Anniversary of Dr. Jose P. Rizal with a wreath offering at the Rizal Monument in Avenida de Filipinas in Madrid, together with the Order of Knights of Rizal (OKOR) – Madrid Chapter.

The ceremony was attended by several members of the Filipino community and their Spanish friends.  The program began with the singing of the Philippine National Anthem, followed by the Spanish National Anthem.   The wreath was then offered by Minister and Consul General Emmanuel R. Fernandez and Sir Federico Sánchez Aguilar, Commander of OKOR. 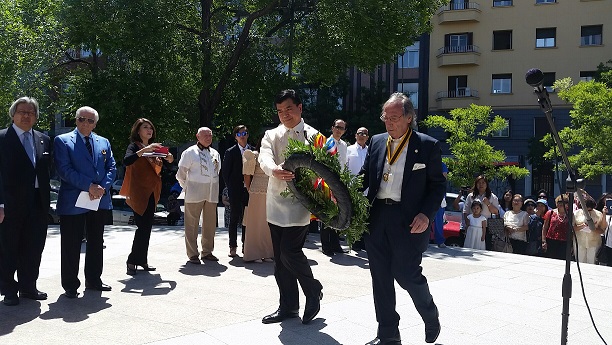 In his message, Minister and Consul General Fernandez highlighted the multi-faceted identity of Dr. Rizal as a patriot, novelist, poet, social philosopher, educator and leader.  He added that although few are called to give up their lives for their country, each and every Filipino must take it upon himself to exhibit his love for country, in whichever manner he can contribute and wherever he may be. 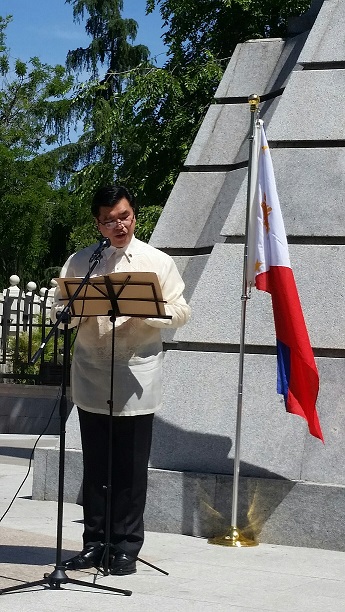 For his part, OKOR Commander Sánchez shared his observation that although Dr. Rizal was considered a Filipino nationalist, he actually lived, loved and died as a Spanish Filipino.  The program ended with an interpretative reading by Mr. Elias Rodriguez of Rizal´s Mi Último Adios. 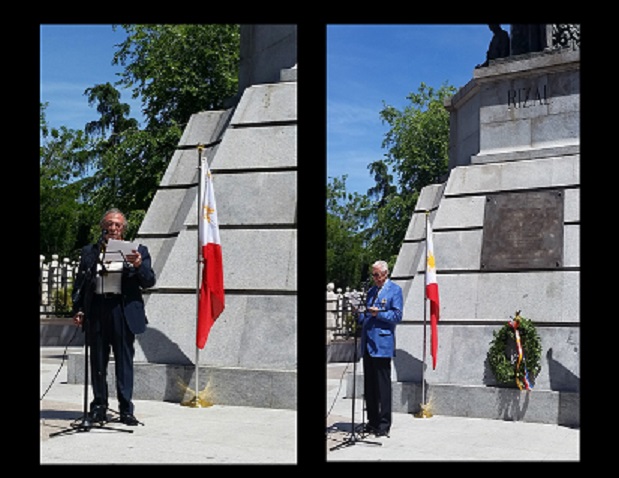