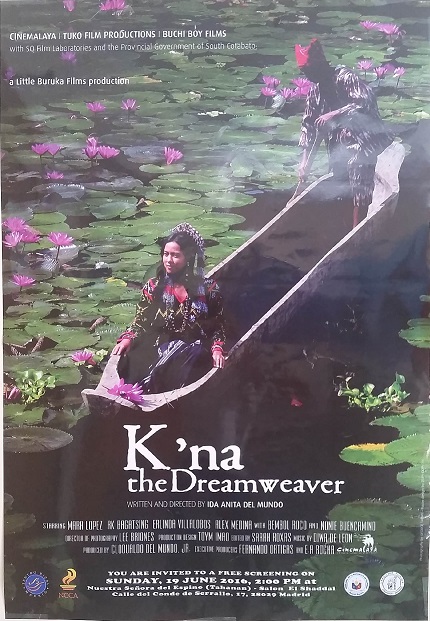 Official poster of K’na the Dreamweaver.

The Philippine Embassy in Madrid successfully screened the award-winning independent film, K’na the Dreamweaver, at the Activity Hall of the Nuestra Senora del Espino Church.

The movie was warmly received by the Filipino community in Madrid.  During the discussion that followed, a member of the audience observed that, by weaving the cycle of life into its story, the film creatively presented an account of the traditions and practices of the T’bolis.   The film gave the audience a holistic view of the life and culture of the T’bolis. 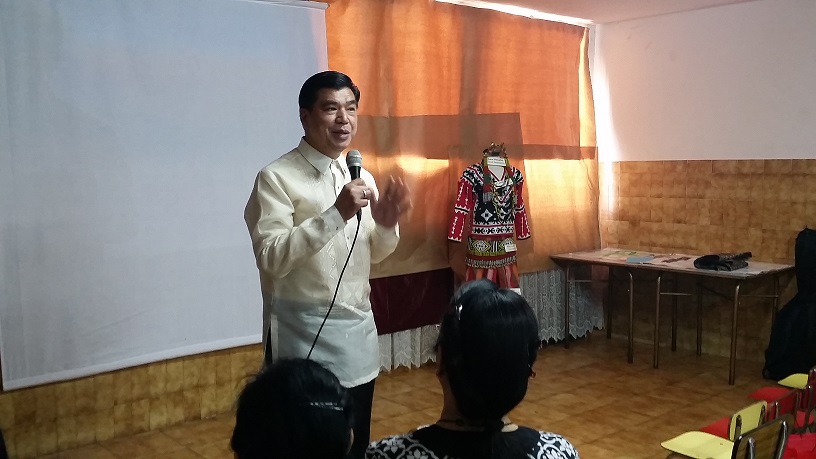 The contribution of the T’boli dreamweavers in the preservation of Filipino culture and heritage was also brought to fore. Dreamweavers refer to women who weave designs and patterns borne out of dreams.  The discussion touched on a shining example of a dreamweaver and a prominent woman in T´boli society, Lang Dulay.   A recipient of the National Living Treasures-Gawad ng Manlilikha ng Bayan Award, Lang Dulay knew over 100 T´nalak designs by heart.  She passed away last year, at age 91.

The audience appreciated the display of T´boli clothing and accessories made available by the National Commission on Culture and the Arts.   Among those that were displayed were the kgal lemimet (beaded blouse), fandi nedol (tubular skirt), hilet lemimet (beaded belt) and the swat hnafak (headdress). 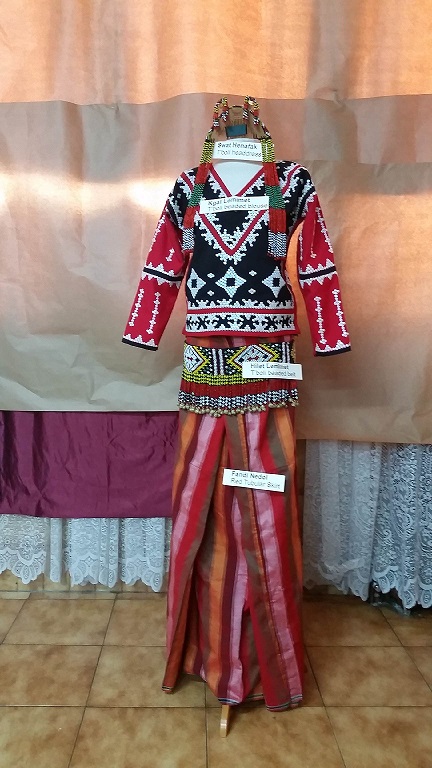 Display of T’boli clothing and accessories couresy of NCCA.

The film screening event saw the participation of over a hundred members of the Filipino community in Madrid. The event was made possible through the support of the NCCA, the Tahanan Filipino Chaplaincy and the Asociación Mujeres de Filipinas de Madrid (AMFIL) and was undertaken both as a Sentro Rizal and a Gender and Development Project of the Philippine Embassy. 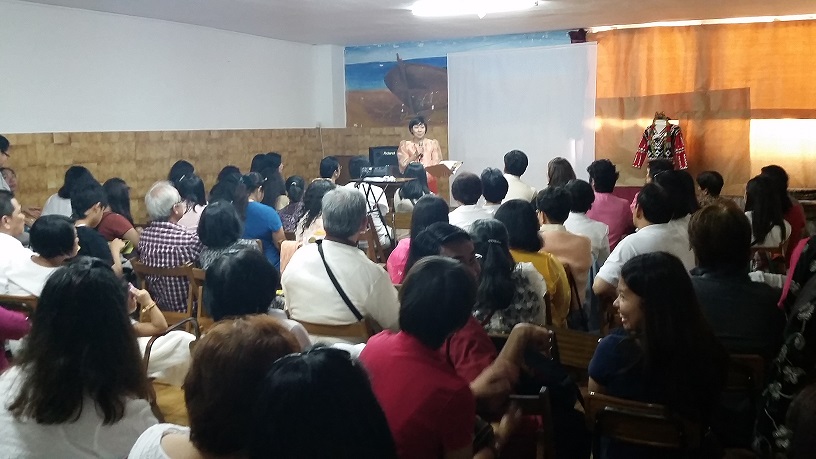