The ASEAN Committee in Madrid successfully conducted its first sports and socials activity by holding a bowling tournament on 10 July 2015 at the Boleras Ozone in the Madrid suburb of San Sebastian de los Reyes. 25 players from the embassies of Indonesia, Malaysia, Thailand, Vietnam and the Philippines were mixed together to form five teams, meant to foster friendship and camaraderie among members of the ASEAN community in Madrid. 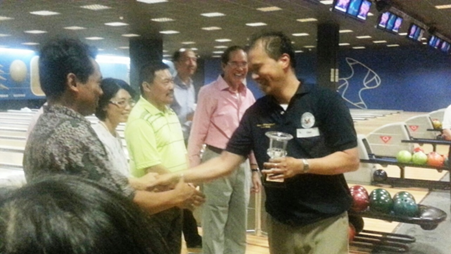