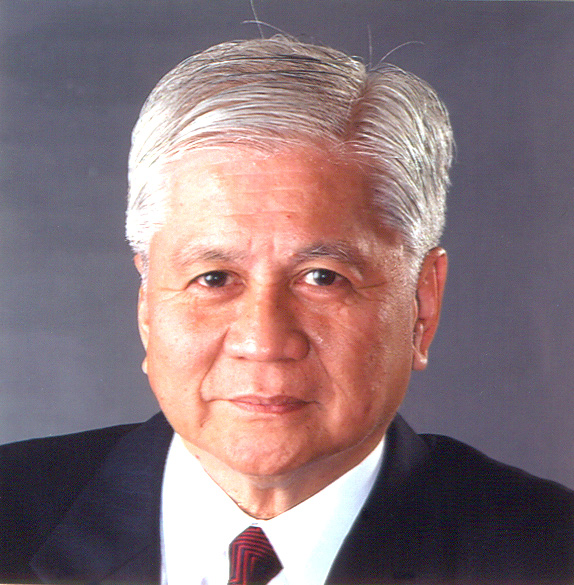 The Honorable Albert F. Del Rosario was born in Manila on November 14, 1939 and has worked for both the prívate sector and government.  He attended Xavier High School in New York City and subsequently graduated from New York University with a Bachelor Degree in Economics.

The Secretary´s business career spanned a vast filed which included insurance, banking, real estate, shipping, telecommunications, consumer products, retail, pharmaceutical, and food industries, among others.  He was a member of the Board of Directors of various firms prior to entering public service and held the position of Philippine Ambassador to the United States in Washington D.C..

In September of 2004, Ambassador del Rosario was conferred the highest possible award, the Order of Sikatuna, Rank of Datu, by H.E. President Gloria Macapagal-Arroyo for his outstanding efforts in promoting foreign relations.  He also received the Philippine Army Award from President Aquino for initiatives as Chairman of the Makati Foundation for Education in 1991.  In early 2001, he received the EDSA II Heroes Award from President Gloria Macapagal-Arroyo in recognition of his efforts in promoting Philippine democracy.  He was recently elevated to the Xavier Hall of Fame in New York City.

Ambassador del Rosario is married to Gretchen de Venecia.  They have five children and six grandchildren.